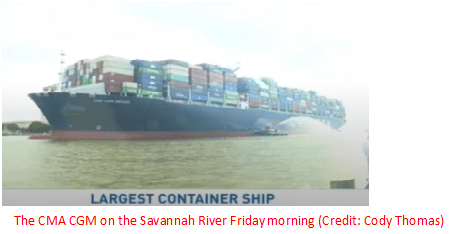 The largest container ship to ever serve the United States east coast paid a visit to Savannah Friday 18 Sep morning.

The CMA CGM Brazil is more than 1,200 feet long and more than 167 feet wide. It can also hold more than 15,000 twenty-foot containers, according to the Georgia Ports Authority.

The ship was welcomed into the Garden City terminal by officials with the Georgia Ports Authority.

They say the ongoing Savannah Harbor expansion project is what made it possible for a ship of this size to travel the Savannah River.

“When it is complete, every foot that we gain, we can load up to 200 more containers. So, 5-feet means 1,000 more containers on a vessel like this,” Georgia Ports Authority Executive Director Griff Lynch said.

These extra containers would add to the Georgia ports’ record-breaking run.

Bringing in ships like this brings more employment opportunities

In addition, officials say bringing in ships like this brings more employment opportunities to Georgia’s ports.“We’re talking about over 500,000 people benefiting from a ship like this in the whole state of Georgia,” International Longshoremen’s Association Executive Director Willie Seymore said.

As far as the Savannah Harbor expansion, officials with the Army Corps of Engineers say ships like this bring in immediate economic results.

“For every dollar that is spent on the Savannah Harbor Expansion Project, we are estimated to get a return of $7.30, and so when we see a ship like this, I think we are really seeing the return on investments that have already been put into the channel,” Army Corps of Engineers representative Russell Wicke said.

Leaders with CMA CGM say more ships of this size can be expected in Savannah in the future. 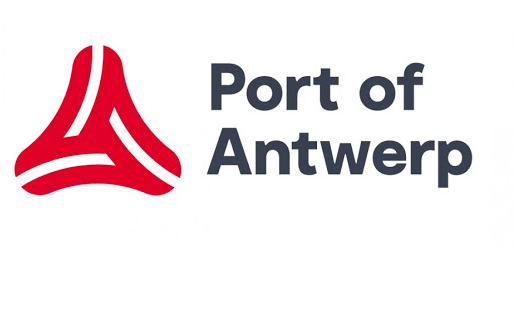 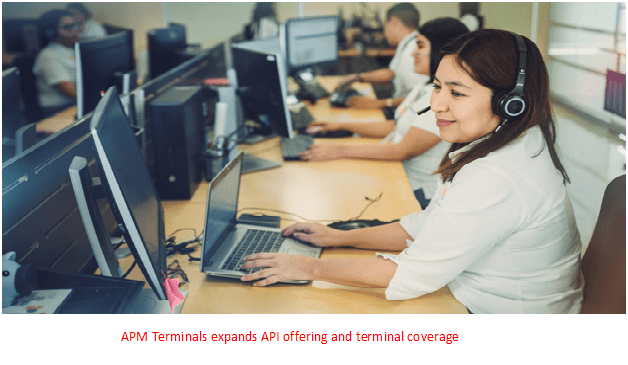 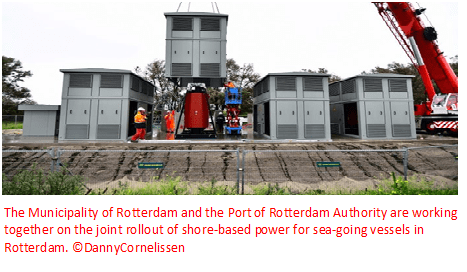