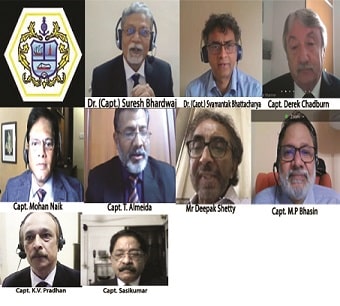 Coming to Academia…”Prof Syamantak…R&D AND Education are critical mechanism in cluster development. And as for UK, it is the World’s  preferred destination for Education. – You come from a leading MET organization in the UK and also situated so close to MCA in Southampton, how do you see MET emerging? For most of us and the world STCW from IMO is the standard to go by.”

Prof Syamantak Bhattacharya responded that Education is absolutely central to our livesand maritime education was no different. While STCW has its own place in the industry but we all know very well it offers only minimum standards on training. Training has an immediate function, for a job, for a rank and it is less transferrable. Education is significantly different. It creates portable and transferable skills and knowledge, a gift for life, of course it has to be contextualised to maritime. UK looks at (a) quality – what our student is able to learn, (b) the how, of learning, in curriculum setting and in transfer of knowledge. So with these Covid times, UK was prepared for usage of technology, which is significantly different from just showing PPT slides. We capitalised on different virtual learning environments.

In curriculum setting, what is it to retain and what is it to keep out, needs close liaison with the industry in UK Chamber and the MCA. For us the average duration a person is at sea is 8 years and then moves on to the related maritime services ashore of which UK is topping. So the exercise of modernising the education and prepare for the future is through the MNTB.

Coming to teaching, we have come a long way from didactic teaching with a teacher talking. Knowledge is everywhere, so what is the purpose of the teacher? He has to become a facilitator. That is where UK Universities have transited to many years now. It is imperative to keep pace with evolving pedagogy research and that transformation is important.

Warsash has long history and you must know that back in 70s Simulation had its birth here, which then went on to become the industry norm. We are active in the Maritime 2050 roadmap and the Minister herself has visited us many times. And that is the only way, to take that lead in step change to keep ahead of the curve.

“CaptChadburn, MASTER, Honourable Company of Master Mariners UK, your iconic legacy, your efforts in maintaining high professional standards are indeed laudable. Do tell us all about it, and your Mentoring and the Chartered Master Mariner scheme.”

CaptDerek Chadburnresponded by saying that the HCMM Mentoring scheme was mainly to help the cadets as they leave the college. Many times they were alone on ship from British MET system and Mentors would help them in Record Book-keeping and any other areas they were in need of. There was a quarterly reporting system in place and the scheme continues even beyond first CoC . The HCMM also sponsors their own cadets.

The Chartered Master Mariner is a Royal Warrant granted by the Crown for practices marking excellence and highest professional achievement. In last 3 years they have granted 41 of which there are 2 Indians, one from the UK and another from Hong Kong. The Navy also recognises this now and they have had Navies of Canada, Australia and even USA interested in this scheme. The Committee comprises of Nautical Institute, UK Chamber of Shipping, MNTB, Royal Navy and Trinity House each having one vote and HCMM having 5 votes making a total of 10. The requirements are very high with a rigorous professional interview and once granted, it has to be maintained with CPD reporting on an annual basis.

Warden, Capt Mohan Naikthen took over the Q&A session. On the question of reducing regulation in MET, Prof Syamantak asserted that with focus on education more than mere training, it will be possible to apply to the context much better and that would allow lesser regulations. On the UK’s preparedness for MASS, Prof Syamantak talked about the scaled down ship models at Warsashlake that were being used for example on RoR application. CaptAjit re-asserted the MCA initiative of Maritime Future Technology Team that was in consultation with various stakeholder on the requirements of qualification and structure of competency.

On the specific question to CaptChadburn on whether HCMM and CMMI could collaborate in the future, he replied very positively and said that the Chartered Master Mariner scheme is something they could immediately look at for collaboration.

Editor of the COMMAND journal, Capt Almeida was invited to release the latest and the first digital version of the issue of COMMAND Journal at the hands of Mr Deepak Shetty who gracefully did the same and wishing the journal all the very best.

Mr Deepak Shetty was introduced  asa former senior career civil servant and an I.R.S. officer. He retired as Secretary to the Government of India. He had served as Director General of Shipping for two years in 2015-2016. Immediately prior to that he was Joint Director General of Shipping for about 4 years from 2011 to 2014. He is empanelled on the Global Roster of Experts of the United Nations in the areas of maritime transportation and maritime crime.

Mr Deepak Shetty firstly commented that all the presentations were of exceptionally high order and complimented the speakers acknowledging that it was an enviable reputation of No 1 to carry particularly during these very volatile times seeing virtual demise of WTO happening with national fervour and insular approaches by many countries. This has disrupted the global supply chain with salient ramifications on the shipping sector. It was heartening to see the salubrious ecosystem built around the UK maritime cluster with very enabling environment, pushing the boundaries of excellence. Looking at the bigger picture, envisioning what will unfold are some critical lessons to absorb and emulate.

If we were to push the envelope and sustain long-term excellence, we need to pitch robustly for innovation, align with robust R&D and leverage the element of IPR that has enormous potential. We need to subscribe to the Sustainable Development goals of the United Nations as we can see financial institutions are now holding corporates accountable to these issues as seen in the Poseidon principles. We need to adapt and capitalise on technology be it IT, ITES, AI, Robotics, Machine learning as all gets fed into the ecosystem.

More importantly, we need a robust and sustainable institutional mechanism of collaboration and coordination between the Government, industry and academia. R&D cannot be stand-alone, it has to be relevant and so the industry will have to drive it. This organization should take shape of a Think-tank that looks at the bigger picture, constantly scanning 360 degrees and future crystal-ball gazing and understand what are the short term, medium term and long-term trends emerging and impacting shipping and identifying how each entity of Government, industry and academia must engage individually and collectively.

Speaking of his own experiences at the Administration, in spite of legacy and baggage issues, he could see the need to modernize and completely revamp the service delivery mechanism with a clarion call to move away from the offline architecture to online mechanisms. He embarked on  IT enabled Business Process Reengineering of dynamics of work, identified 97 elements of service delivery processes, junked outdated and irrelevant ones and moved on to develop amenable ecosystem of digitised and automated services. Eighty percent of services across the board were fully automated by the time he superannuated in 2016, thus minimising footfalls and human interface and eliminating arbitrary and discretionary elements, rent-seeking behaviours and harassment.

Furthermore, the regulations were revisited to redesign and fit to service modern requirements of the industry. For example the Admiralty Act of 1830 that was still active was replaced in 2016 with a new law. He pointed out that in public policy if one pursues perfection, public services never gets delivered. We need to live with something that is relatively good and keep modifying it time and again. The MS Act 1958 was on 12th May 2017 deliberated and commented on as very progressive by the Parliamentary committee, but it is a pity that 4 years down the line it has not seen the light of the day. 14 such legislation accounting to 20% of overall architecture were revamped. He highlighted that the services of Maritime Administration must be as simplified, as user-friendly and as disassociated with physical interference as possible.

Speaking of efforts towards maritime cluster in India, he said that Sagar-Mala and Port-led development that was moved in 2015 should get accelerated. Mumbai was being developed as a Cruise hub of global standards. Goa has recently seen a cluster emerge but with the core as ship-building and its ancillary industries. He said that there was a need to look at the bigger picture, scan the entire spectrum required for a cluster. One cannot look at individual piecesand we need to string all together so that the cluster development happened substantively and in a sustainable basis going forward.

The important derivative lessons were that there is a need to imbibe salient fabric of aiming at excellence day in and day out and trying to professionalise ourselves. There was a certain need at the national level to look at the Maritime industry and see it as a critical piece in the geo-strategic architecture, position it upfront and central, and park it there and appreciate that it is an important part of overall transportation strategy.

The CEO of CMMI CaptSasikumarthen gave his customary vote of thanks before the Secretary General Capt. M. P. Bhasin and Dy. Master CaptPradhan called curtains. 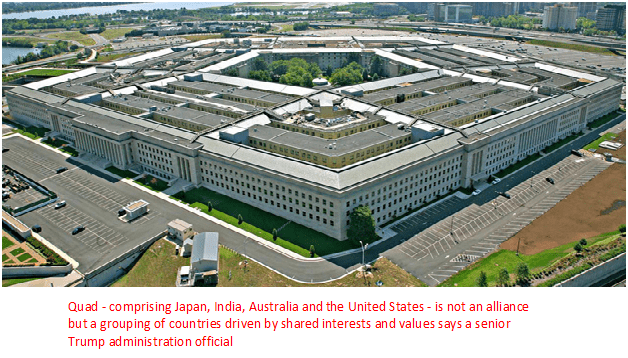 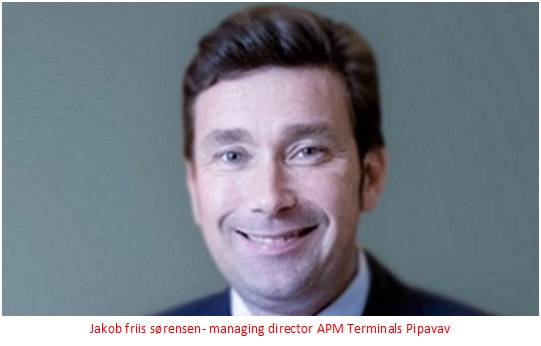