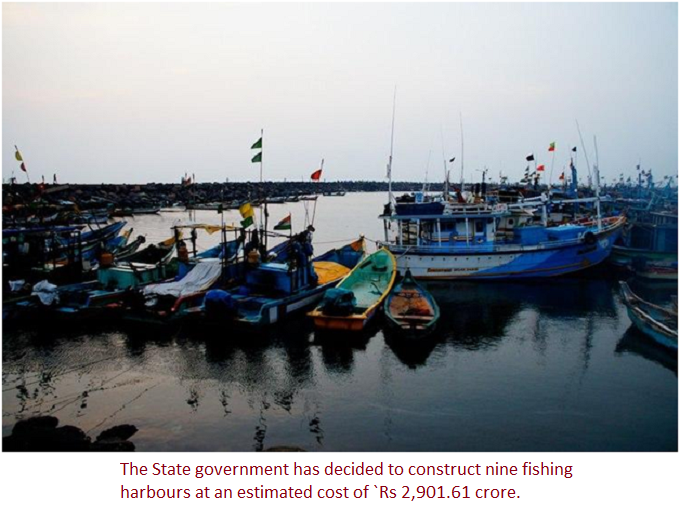 The harbours will come up at Uppada in East Godavari district, Machilipatnam (Krishna), Nizampatnam Phase-2 (Guntur), and Juvvaladinne in Nellore district in the first phase.

During a meeting Chief Minister reviewed the operations of fishing harbours, ports and airports

During a meeting with the officials of infrastructure and investment department in his camp office at Tadepalli  Chief Minister YS Jagan Mohan Reddy reviewed the operations of fishing harbours, ports and airports.

Underscoring the need for improving the living standards of fishermen, the Chief Minister said all infrastructure facilities should be provided to them.

CM wanted the officials to take up environment-friendly projects

Instructing the officials to prepare proposals for setting up an airport in Prakasam and complete the land acquisition and other processes related to the construction of Bhogapuram International airport, he wanted them to take up environment-friendly projects.