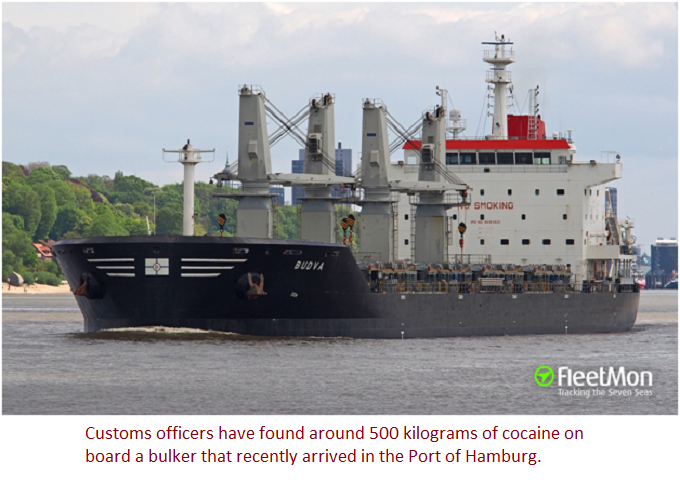 One of the vessel’s crew members was also arrested

The large-scale operation, which lasted several days, ended with an arrest and confiscation of illicit drugs during the past weekend. One of the vessel’s crew members was also arrested, Germany’s Central Customs Authority said.

The ship Handysize bulker Budva flying the flag of Montenegro

The ship, flying the flag of Montenegro, has been identified as the 35,000 dwt Handysize bulker Budva. Built in China in 2014, Budva is owned by Montenegrin shipping company Barska Plovidba, VesselsValue’s data shows

Based on findings received through international cooperation, investigators targeted the bulk carrier. The ship was sailing from Brazil via England to Hamburg.

According to the Customs Authority, there was a suspicion that drugs were being smuggled into Europe aboard the 180-meter-long freighter