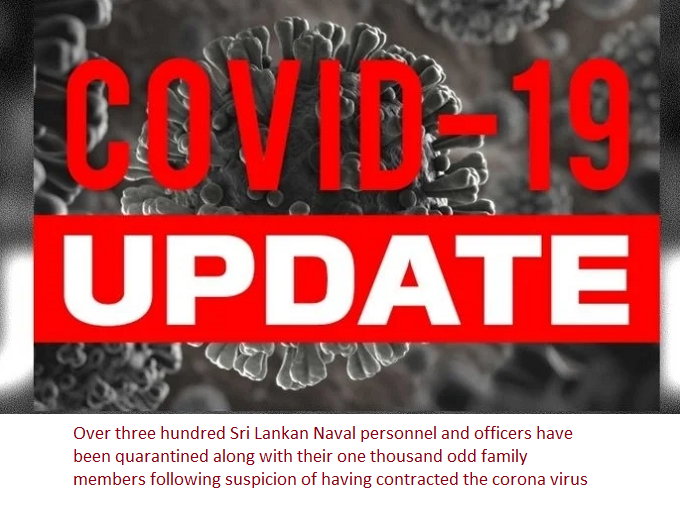 Of the 548 active coronavirus cases in Sri Lanka, 327 of them were Navy personnel and authorities who have been quarantined along with 1,008 of their relatives, Sri Lankan media reports quoting officials said.

There were 33 new positive cases found at midnight on May fourth. 31 of them are our naval sailors who are linked to the Welisara camp. The two others are their contacts."

The COVID-19 infection is suspected to have spread in the Welisara Camp when officers came in contact with drug addicts infected by the virus during a raid. The sailors had gone home on leave, spreading the virus further.

752 positive cases were reported in the country since its first positive case in mid-March, of which 194 patients had been discharged from hospitals after complete recovery. .

The virus death rose to eight on Monday after a 72-year-old woman in northwestern Kurunegala region died of the disease. The woman was related to one of the infected sailors.