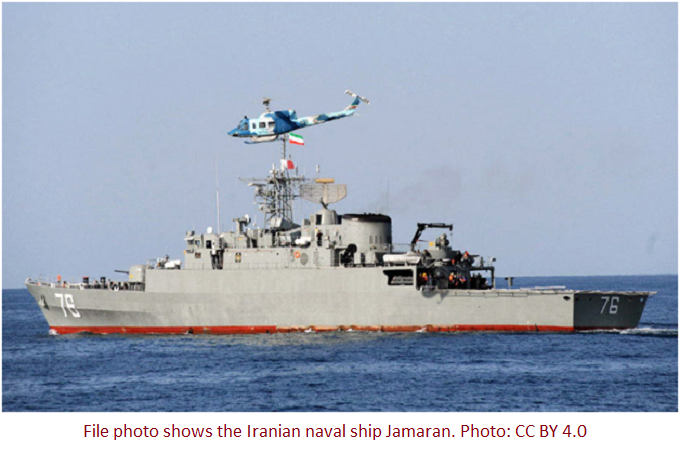 One Iranian warship accidentally struck another with a missile during an exercise, killing 19 sailors and wounding 15 others, Iran’s navy said on Monday, May 11.

The incident took place during training in the Gulf of Oman.

The frigate Jamaran fired at a training target released by a support ship, the Konarak. However, the support ship stayed too close to the target and was hit, state broadcaster IRIB said.

“The incident took place in the perimeter of Iran’s southern Bandar-e Jask port on the Gulf of Oman during Iranian Navy drills on Sunday afternoon, in which 19 sailors were killed and 15 others were injured,” state TV said, quoting the navy.

Investigations undergoing regarding the cause of the incident

Fars news agency quoted an unidentified military official as denying some Iranian media reports that the Konarak had sunk. The navy statement said investigations were undergoing regarding the cause of the incident, student news agency ISNA said.

RIB said the Dutch-made Konarak vessel, which was purchased before Iran’s 1979 Islamic revolution, had been overhauled in 2018, and is equipped with four cruise missiles.

The incident took place at a time of heightened tensions between Iran and the United States since 2018, when the United States withdrew from a nuclear deal between major powers and Iran, and Washington re-imposed sanctions on Tehran.

Animosity deepened in early January when a U.S. drone strike in Baghdad killed top Iranian military commander Qassem Soleimani. Iran retaliated on Jan. 8 by firing missiles at U.S. military bases in Iraq. Later that day, Iran’s armed forces shot down a Ukrainian airliner, killing all 176 people aboard, in what the military later acknowledged was a mistake.

Many of those killed aboard the airliner were Iranian and postings on social media on Monday drew comparisons between the two incidents.