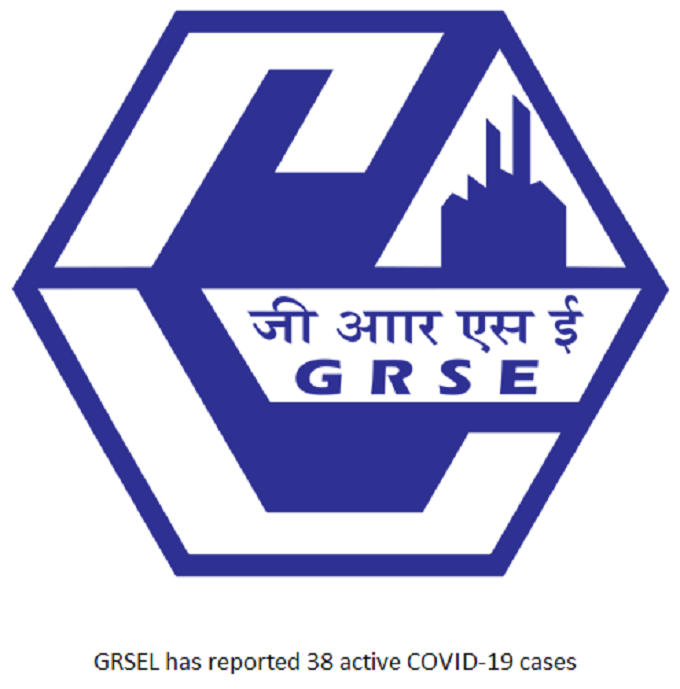 The Kolkata based Garden Reach Shipbuilders and Engineers Limited (GRSEL) CISF unit has reported 38 active COVID-19 cases now, with all but one being reported in the last 24 hours, as per an official data.

The GRSEL is a strategically important warship building facility on the banks of the Hooghly river that caters to the combat requirements of the Navy and the Coast Guard.

The Central Industrial Security Force has reported 41 fresh coronavirus infection cases on Wednesday, with the maximum recorded at its Kolkata-based GRSEL unit, a strategic warship building facility on the banks of Hooghly river.

Assistant Sub Inspector (ASI) rank official posted in this unit had succumbed to the disease; the deceased official was under treatment at a Kolkata hospital since he tested positive for the disease on May

This was the third death from the pandemic in the force with one in the unit that guards the Indian Museum in Kolkata and the other in the unit that protects the Mumbai international airport.

The contingent guarding the Mumbai international airport has 28 active cases followed by 5 in the Ahmedabad airport security unit and 3 from the Indira Gandhi International Airport protection unit, the data said.

The force is primarily deputed to guard civil airports in the country and vital infrastructure in the aerospace and nuclear domain apart from other defence and security institutions.