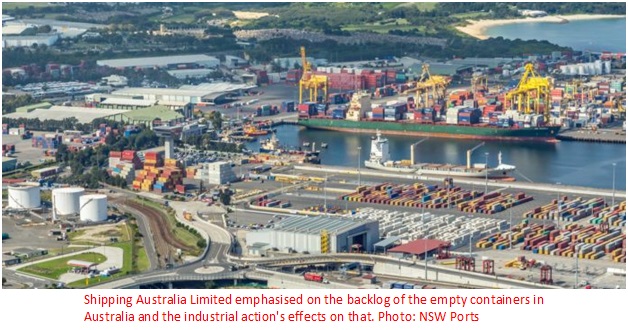 Empty boxes backlog in Australia intensifies due to congestion

Recent industrial action has caused a massive backlog of empty containers in Sydney and to a lesser extent in other capital city ports in Australia, according to Shipping Australia Limited (SAL).

Ocean shipping companies lose money and revenue-earning opportunities if empty boxes are uselessly hanging about in the country and SAL said in its announcement that one way to tackle the backlog is the use of “sweeper” vessels, boxships to pick up and take away empty boxes.

But the ongoing container disruption in Sydney due to industrial action has resulted in availability issues on additional berth slots, which shipping companies need to bring in the sweeper ships.

"Currently we are aware that some terminals are providing scheduled vessels with some limited extra time alongside to embark additional empty containers," said SAL.

There is no point demanding sweeper vessels call in Sydney in the current environment, according to SAL, which explained, "Because it is next to impossible to berth sweepers at Sydney because of congestion. Congestion will have to be worked through before sweepers can call. It’s just as simple as that. On a positive note, there are some signs that this may change in the next month at one terminal at least."