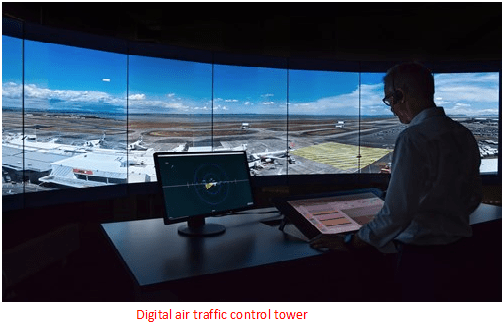 The International Transport Workers’ Federation (ITF) has today launched its first position paper on remote tower operations, striking to the heart of a key issue for the future of global aviation.

Air traffic services are vital to the safety and efficiency of the aviation sector and the wider global economy, managing national and international airspace for the public good. While these services have traditionally been provided on-site at airports, technological developments are raising the possibility of so-called ‘remote tower’ operations.

Unless policymakers take great care in the development of these operations, they risk public confidence in air travel

While generally supportive of new technologies in the field of air traffic services, the ITF and its affiliates are seriously concerned about the current direction of national and international policy on remote towers. Unless policymakers take great care in the development of these operations, they risk causing serious damage to aviation safety, public confidence in air travel and regional economies for the sake of minor and still unproven cost reductions in service provision.

The ITF’s new report, Safe Skies, is the first major contribution to the debate from a worker and union perspective. In particular, it highlights the need for workers and their unions to be at the table from the beginning to help proactively shape national and international policy on remote tower operations, rather than be excluded until the end.

Gabriel Mocho Rodriguez, ITF civil aviation secretary, said: “Remote tower operations are an incredibly important innovation in the world of aviation. They have the potential to overhaul how the entire sector operates, but there are also serious risks involved. That’s why policymakers need to make sure that all parties, including workers and unions, are involved in making decisions on the use of this technology.”

As part of its work on the reset of the aviation sector after Covid-19, the ITF is also commissioning major new research into future models for air navigation service providers (ANSPs).