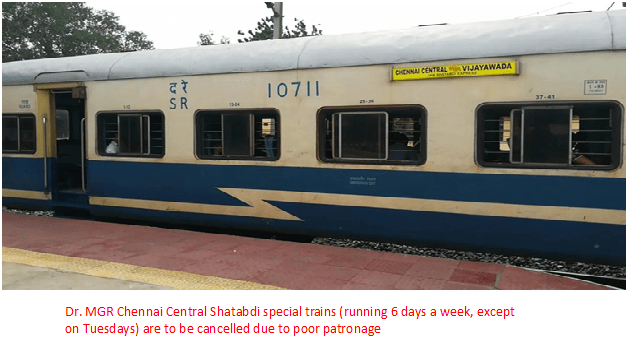 The only super fast shatabdi  expresss run by the southern railway within Tamil Nadu and between two major cities of the state has been cancelled it has been officially notified by the railway.

The super fast shatabdi express is run from New Delhi to about a dozen towns in various parts of the North India for more than 25 years. It is not clear whether the patronage factor is taken into account while running these trains according to passenger welfare association in the city.