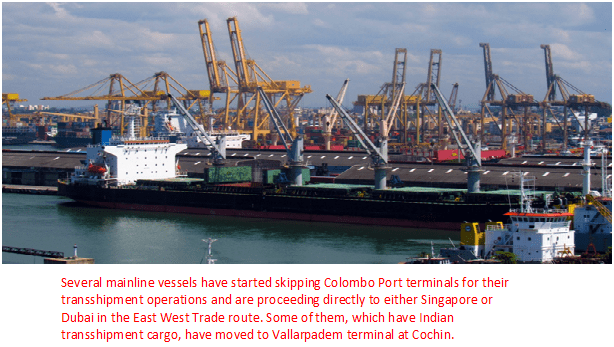 Colombo city needs to be shut down for at least two weeks to control the raging pandemic says the city Mayor. Is the govt listening?

Colombo Mayor Rosy Senanayake has justified the request she had made to Sri Lankan government to lock down Colombo Muncipal  Council area for at least two weeks in the wake of unprecedented number of corona virus cases and said that she does not want the government to fail due to the prevalence of the coronavirus pandemic.

The death toll in Colombo is 28

The death toll in Colombo is 28. About 70 percent of the Colombo Municipal Council area is now isolated. There are several isolated areas in the middle of cleared areas,” she was quoted by the Sri Lankan media.

She said that she is confident that they will be able to successfully control this situation if the Colombo Municipal Council area is locked down at least for two weeks and strict travel restrictions are imposed.

Several mainline vessels have started skipping Colombo Port terminals for their transshipment operations and are proceeding directly to either Singapore or Dubai in the East West Trade route. Some of them, which have Indian transshipment cargo, have moved to Vallarpadem terminal at Cochin

She said that steps will be taken to provide free face masks to around 650,000 persons living within the limits of the Colombo Municipal Council.