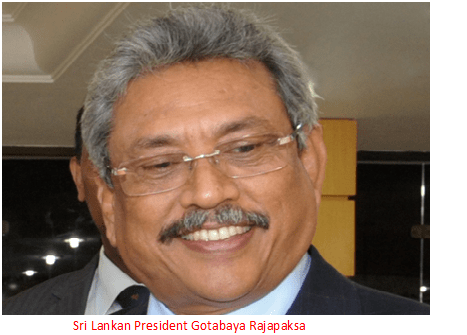 Sri Lanka will work together with China to promote the Belt and Road construction, Sri Lankan President Gotabaya Rajapaksa has said, according to a statement from the Chinese embassy in Sri Lanka.

Rajapaksa said Sri Lanka always bore in mind the firm support from China in the island country’s fight against terrorism and the post-war reconstruction, according to the statement.

The president said he had visited China many times, and the most recent one was a study visit to Wuhan two years ago.

Rajapaksa said he witnessed the great achievements of China’s reform and opening up and poverty alleviation, adding that Sri Lanka is willing to study China’s development path and model, and strengthen cooperation with China in key areas related to people’s livelihood, such as rural areas, science and technology, education, and investment.

He said his government looks forward to working with the new ambassador to promote the Belt and Road construction of the two countries marked by the comprehensive development of the Colombo Port City and Hambantota port to achieve more substantial results.

Ambassador Qi said China and Sri Lanka are good neighbors who help each other, good friends with equality and mutual trust, and good partners of mutual benefit and win-win results.

The governments and peoples of the two countries shared weal and woe and helped each other to jointly fight the COVID-19 pandemic, which consolidated and sublimated the bilateral friendship, the ambassador said.