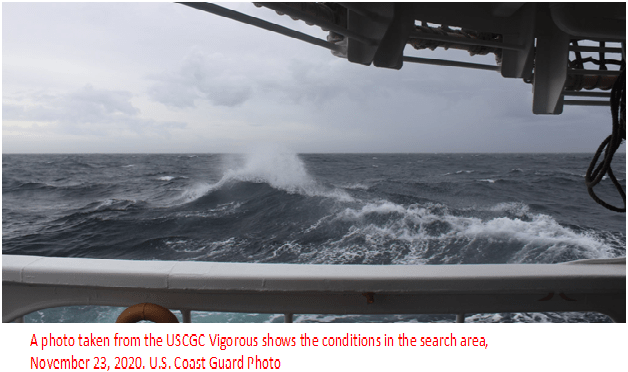 The U.S. Coast Guard is searching for four fishermen after their vessel’s EPIRB went off approximately 20 miles northeast of Provincetown, Massachusetts early this morning.

Debris and an empty life raft located so far

Searchers have so far located debris and an empty life raft. The Coast Guard said on Twitter that the vessel sank.

The vessel owner reported there were four people aboard, and there were no answers on the vessel’s satellite phone.

The search has expanded to include a 47-foot rescue boat and the USCGC Key Largo.

The Emmy Rose is homeported in Portland, Maine.

Involved in the search are:

The search will continue overnight Monday into Tuesday.