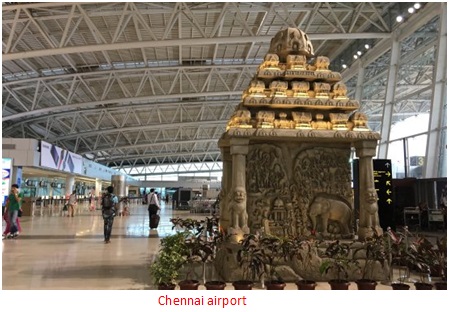 The Chennai airport which remained closed for fourteen hours since November 25 th night due to cyclonic storm crossing the coast near the airport resumed service at 9.00 hours on November 26th according to airport sources.

The British Airways flight from London was the first to hand after the operations resumed at the Chennai's airport this morning.

The airport suspended operations at 21.00 hours on November 25th as the cyclone Nivar was heading to North Tamil Nadu coast. Now that the cyclone had crossed the coast in the early hours of November 26th, the Airport has resumed operations. For the last twelve hours, the flights bound for Chennai were diverted either to Coimbatore or Bengaluru airports.