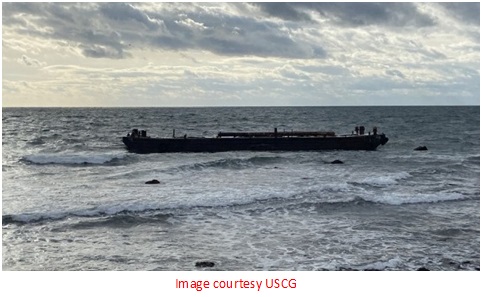 At about 0815 hours, watchstanders at Coast Guard Sector Southeastern New England received a VHF mayday call from the tug Warhawk. The crew reported that their vessel was taking on water, and it had a barge in tow.

Coast Guard working to salvage the tug and barge

Watchstanders have issued an Urgent Marine Information Broadcast notice to mariners about the potential hazard to navigation. The Coast Guard is working with the Warhawk's owner to salvage the tug and barge.