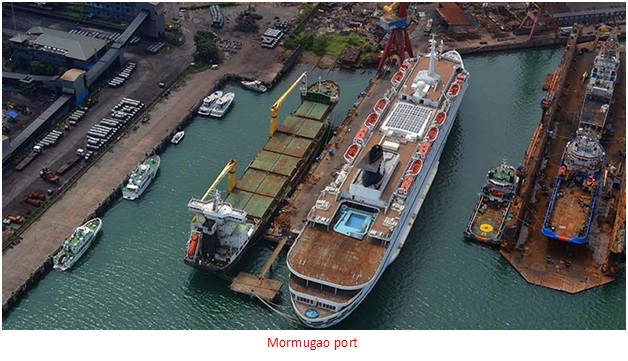 The all powerful Enviroment lobby of Goa backed by the Beach tourism Industry has prevailed over North Karnataka power generation industry when Goa chief minister Pramod Sawant  said coal handling at the Goa port will be reduced by fifth per cent from the current handling volumes.

There is no question of widening the National High weays or laying a doub le railway track on the Konkan railways to faciliate movement of coal from the Goal port to the thermal power stations situated in North Karnataka.

Chief Minister Sawant  said the coal handling at the Mormugao Port Trust (MPT) would be reduced by more than 50  percent. Instead the port will introduce alternative tourism projects including launching of a RORO (Roll On Roll Off) ferry service.

CM ruled out allegations of compromising on the environment

Speaking to reporters, he ruled out allegations of compromising on the environment by approving projects like the expansion of a national highway and double-tracking of a railway line.

Several NGOs and Opposition parties have launched protests against laying of a transmission line through the Bhagwan Mahaveer Wildlife Sanctuary and the National Park at Mollem fearing that it would destroy the ecology.

“Handling of coal at the MPT will be reduced by more than 50 per cent by introducing several other alternative tourism projects.

“The Shipping Minister will be coming to Goa next one month. We are introducing the Roll-on-RollOff (RORO) ferry from Marmu Goa Port to Fort Aguada and Old Goa (North Goa) in a bid to promote the Goa's tourism industry.