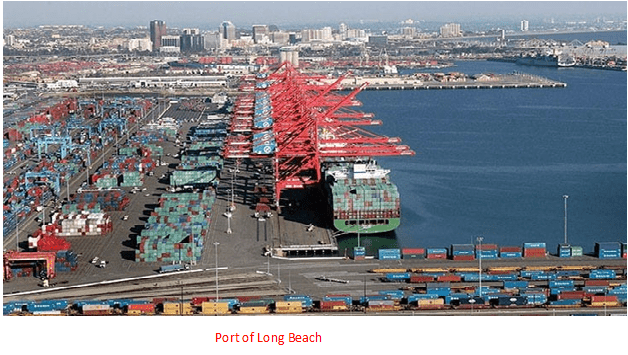 Southern California ports for weeks have been inundated with import containers at levels well above last year. The volume has choked supply chains and left stakeholders to increase throughput.

"It's still very, very difficult to efficiently and fluidly move cargo through the gateway right now," said Weston LaBar, the CEO of the Harbor Trucking Association. LaBar and the HTA have been among the leaders calling for the increase in dual transactions.

Cordero said it will be up to the terminals to prioritize how they increase the number of dual transactions.

Port of Long Beach is not currently considering financial incentives

LaBar said changes to the appointment systems are an important step in improving the rate of dual transactions and noted the HTA has worked with terminals on these efforts. Many of the issues at port facilities, including chassis and driver shortages, would be improved with increased dual transactions, he said.

Suggested changes to the appointment systems included getting rid of the requirement to make a separate appointment for an empty return for a trucker making a pickup appointment. Other changes could revolve around making user interfaces more intuitive, LaBar said.

"Why can't I just signify at that import appointment that I'm bringing an empty container with me?" LaBar said. "Those are the types of common sense things that we've asked folks to institute."

Cordero said a single appointment system to cover all of the terminals is "an ongoing conversation."

More clarity from ocean carriers on where empties will be dropped off along with terminals guaranteeing appointments would also aid in increasing dual transactions, LaBar said.

Issue of appointments goes both ways

Cordero said the issue of appointments goes both ways. "Marine terminal operators maximize appointments, but on the other hand, the truckers meet those appointments," he said.

Ocean carriers have been involved in the discussions around the fluidity of cargo movement, Cordero said. But he and LaBar agreed the carrier's alliance structure has complicated container movement in ports. Before the alliances, one carrier would have containers at one terminal, but that is no longer the case, Cordero said.

LaBar said the HTA had met with three carriers but had not seen any changes to operations after making suggestions for how to improve cargo movement.