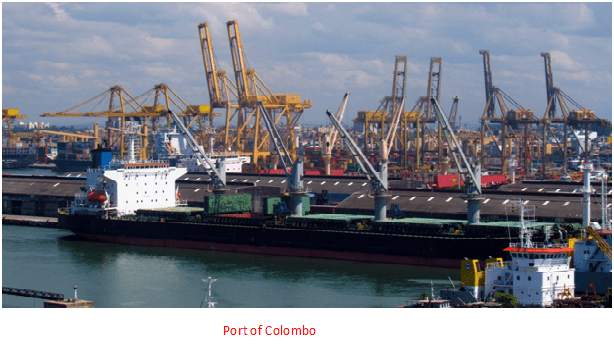 As prestigious Colombo port's deep water East terminal's commissioning has been delayed indefinitely, the Sri Lankan port authority has taken up expansion of the Jaya container terminal at the south harbor including commissioning of a deep water berth, according to Sri Lankan media reports.

The fifth phase of the expansion process for the Jaya Container Terminal (JCT) has begun and the construction work will take 20 months to reach completion.

The Jaya Container Terminal has four berths to accommodate four ships simultaneously, named JCT 1 to JCT 4, and a further extension of the quay wall by 120 meters is termed JCT 5.

Upon the completion of this project around July 2022, there will be on 800-metre-long straight quay wall, with an alongside water depth of 15 meters draft at JCT. This will permit berthing of two long container ships, that are calling in Colombo Port, but with the restriction of 14.2meters draft.

The present straight length of 660 meters till berth number four bars the accommodation of two mega ships simultaneously. This will be the gain for the port as a result of this expansion. There will also be additional yard area gained for stacking of containers.

Despite Corona interruptions, about 500 bigger ships handled in the South Harbour

For the long-term success of the Ports Authority it is essential that they operate in the South Harbour with deep water depth. JCT 5 is an intermediate solution to accommodate two longer ships in JCT.  But even this is available, after July 2022.

After the handling of a container ship, at ECT, in October this year, it is not known whether container handling is progressing at ECT. The Ranil Wicremesinghe government failed to commission the partly completed ECT berth, during their tenure, losing massive revenues. The ECT issue was brought to public attention, prior to the last general election, with trade union action by port employees paralyzing the Colombo Port.