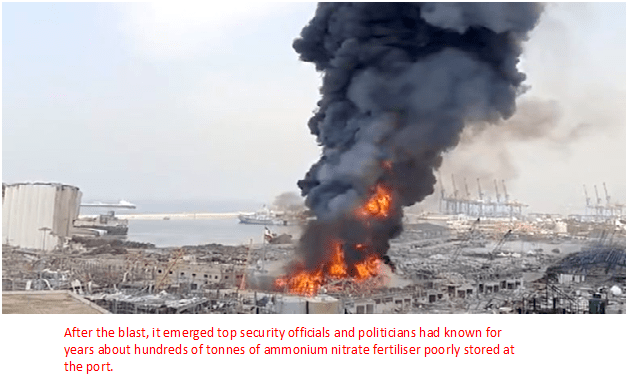 In Lebanese history the first such official indictment

The four were charged with “negligence and causing death to hundreds and injuries to thousands more” in the first such official indictment against a prime minister in office in Lebanese history.

After the blast, it emerged top security officials and politicians had known for years about hundreds of tonnes of ammonium nitrate fertiliser poorly stored at the port.

The ammonium nitrate triggered an explosion, killing more than 200 people and injuring thousands.

The huge explosion left a 43 m deep crater where the warehouse that housed the dangerous chemical used to exist.

Insurers are bracing for a bill from the Beirut port blast similar to the $3bn hit they took in the wake of the Tianjin Port explosions five years ago.