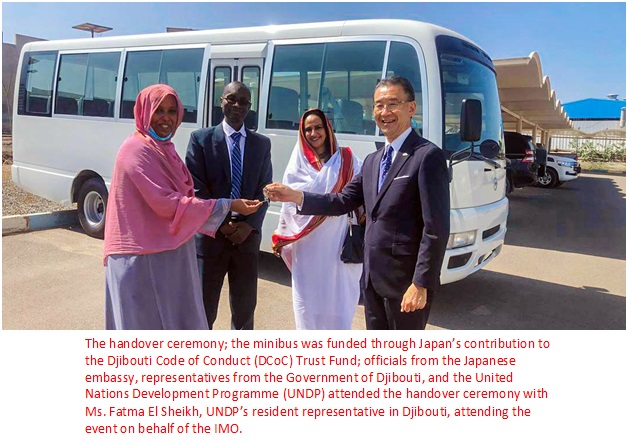 A new IMO-funded minibus will help support maritime security training in the Western Indian Ocean and the Gulf of Aden area. The minibus, for ferrying students attending courses at the Djibouti Regional Training Centre (DRTC), was funded through Japan’s contribution to the Djibouti Code of Conduct (DCoC) Trust Fund.

During the handover ceremony (7 December), His Excellency, Mr. Otsuka Umio, Japan’s ambassador to the Republic of Djibouti, lauded Djibouti for hosting the regional Centre, and IMO for its leading role in promoting safety and security of navigation in the region, through support for regional capacity-building initiatives under the Code of Conduct. The DRTC is a vital component in the provision of maritime security and other training in the region.