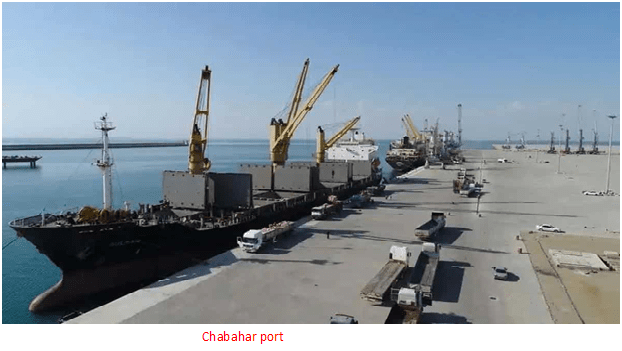 Chabahar Port day will be observed on the sidelines of the International Maritime summit to be hosted by India at New Delhi next month with a view to popularize the port among the trading circles.

This was decided at the Trilateral working group meeting of representatives of India, Iran and Uzbekistan on joint use of Chabahar port and the two terminals run by an Indian company.

The first Trilateral Working Group Meeting between India, Iran and Uzbekistan on the joint use of Iran’s Chabahar Port was held virtually on December 14, 2020.

During the meeting, the participants discussed joint use of Chabahar Port for trade and transit purposes and enhanced regional connectivity. All sides also noted the significant role played by Chabahar Port for the region to deliver humanitarian assistance during the Covid-19 pandemic.

All sides welcomed India’s proposal to hold ‘Chabahar Day’ on the sidelines of the International Maritime Summit scheduled to be hosted by India in January 2021.

The meeting was held as a follow-up to decisions taken during the virtual summit held between Prime Minister Mr Narendra Modi and President Mr Shavkat Mirziyoyev of Uzbekistan on December 11, 2020, the release added.