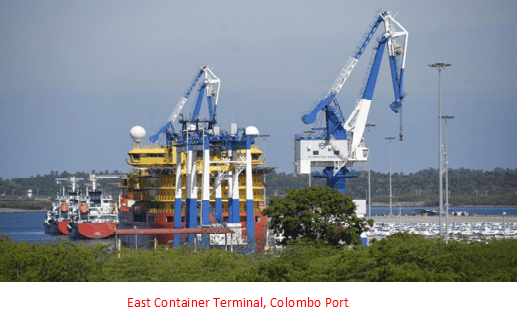 The Government was forced to sell state property such as ports and air ports to come out of the debt crisis the country is facing  for which  Cabinet approval had been granted to sell the Eastern Jetty of the Colombo Harbour recently, the Janatha Vimukthi Peramuna (JVP) said.

JVP politburo member Sunil Hadunnetti told a news conference that the government had to obtain more loans to repay the existing loans.

“The Government has faced a crisis in obtaining foreign loans as credit rating agencies have downgraded Sri Lanka.

The government has lost all channels of obtaining loans internationally to repay the dollar loans. This has resulted in other countries to intervene and force the government to sell state resources at a bargain,” he said.