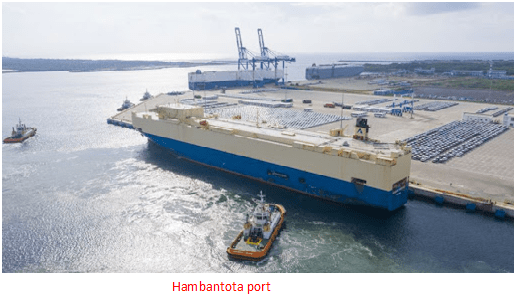 The owner of Hambantota port China Harbor Engineering company has bagged the One billion US dollar project in Colombo port City. The reclamation of land from the sea for the Colombo Port city project was done with Chinese assistance.

The Sri lankan company Brown Investment PLC has announced that it has entered into a Memorandum of Understanding with China Harbour Engineering company to put up a major mixed development project in Colombo port city which runs into One Billion US dollars. the Sri Lankan media quoting Colombo stock analysts said

Under this joint venture project Browns Investments will be building  two residential apartments and one office complex. The total area that would be covered by the  project would be around 160,000 square meters. Initial investment would be US$ 450 million and the project will take some time for completion, analysts added..