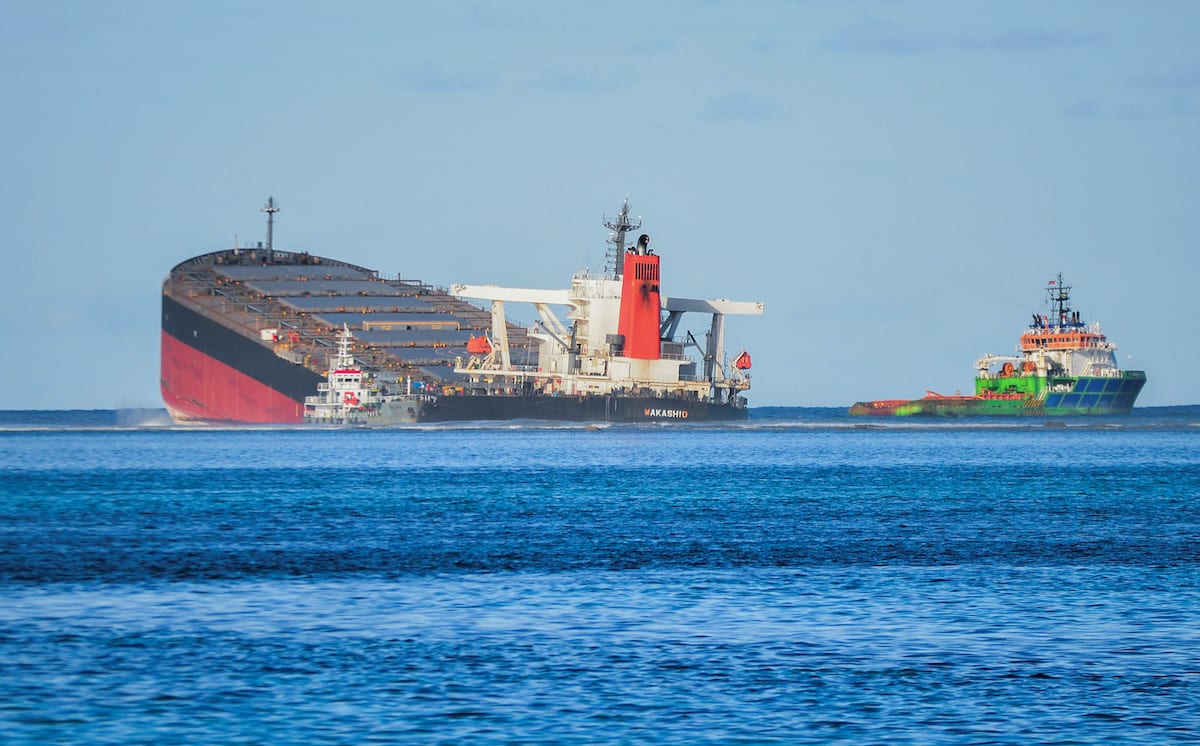 Mitsui O.S.K. Lines (MOL) has released new details about the July grounding of the bulk carrier Wakashioin Mauritius and has detailed measures it’s taking to prevent the type of incident from happening again in the future.

MOL chartered the vessel from a subsidiary of Nagashiki Shipping Co.

The MV Wakashio was unladen when it strayed from shipping lanes and ran aground on a reef off Mauritius’ coast on July 25. The vessel’s condition deteriotriatd as it as on the reef and eventually resulted in a breach of a bunker fuel tank on August 6, resulting in some 1,000 tonnes of fuel to be leaked into the environment and creating an environmental disaster. The bow of the Wakashio was eventually towed out to sea and scuttled in late August, but operations to remove the ship’s stern are still underway and expected to last into next Spring.

Investigations by the flag state are on-going, but MOL has released today details from its own internal investigation into the accident, clearly pointing to lack of awareness by the ship’s crewmembers.

In today’s reporting on the incident, MOL offered the following background:

“Two days before the grounding of Wakashio (July 23), she changed her passage plan-the distance from the coast when sailing off the island of Mauritius-from 22 nautical miles (Note 1) to 5 nautical miles.

MOL also gave its determination on probable cause, writing:

“Because of not only the above-mentioned background, but also the fact that she had approached to other coasts several times even before the incident, they may have taken unsafe behaviors due to overconfidence that stems from complacency. In MOL’s view, such behavior on a large vessel reflects a lack of safety awareness.

“Another reason behind the cause is that the crewmembers lacked awareness of the guidelines on performing navigation in a safe manner and their efforts to conform were insufficient, because they did not prepare an appropriate passage plan that would have ensured appropriate performance, did not own and use the correct nautical map, and neglected visual and radar watchkeeping.”

To prevent accidents like the Wakashio from happening in the future, MOL has pledged to spend nearly $5 million on measures focussed on addressing the lack of safety and regulatory awareness among crew members on its owned and chartered vessels; improving ship operations including by strengthening shoreside support; and installing new hardware for things like monitoring bridge operations by video and upgrading onboard communication systems.

MOL has provided details of the measures on its website.