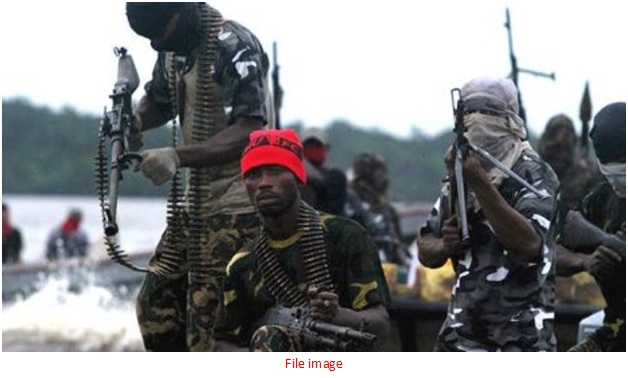 While the Maersk Cadiz was under way on a short transit from Ghana to Cameroon, she was attacked and boarded by a gang of "criminals," Maersk said in a statement Sunday.

The pirates departed the ship without kidnapping any crewmembers

The Nigerian Navy dispatched patrol vessels to assist, and the pirates departed the ship without kidnapping any crewmembers. All 21 seafarers aboard the ship are safe, Maersk said

“We are very concerned about the increased security risk from armed attacks on merchant vessels in the area,” said Palle Laursen, Maersk's chief technical officer. “The risk has reached a level where local governments and the international community must take action to deal effectively with an unacceptable situation.”

Maritime security consultancy Dryad Global noted that the attack is the latest in a "surge of incidents" over the course of the past five weeks. The danger level for the high risk area in the Gulf of Guinea has been listed "critical" since mid-November, and pirate gangs have boarded (or attempted to board) merchant vessels in the region with regularity over the intervening weeks.

Vessels advised to remain at least 200nm-250nm offshore where possible

"Vessels are advised to operate within this area at a heightened posture maintaining the highest levels of vigilance whilst implementing full hardening / mitigation," Dryad Global warned. "In addition the IMB advises that vessels remain at least 200nm-250nm offshore where possible."

After years of regional efforts to contain pirate groups based in the Niger River Delta, Western naval forces have begun to deploy their own warships to police the Gulf of Guinea and protect shipping interests. The Italian frigate Martinengo and the Spanish Navy patrol vessel Serviola both conducted multiple anti-piracy interdictions in the region this year, often arriving as the first responders and saving at least two vessels from pirate boardings.