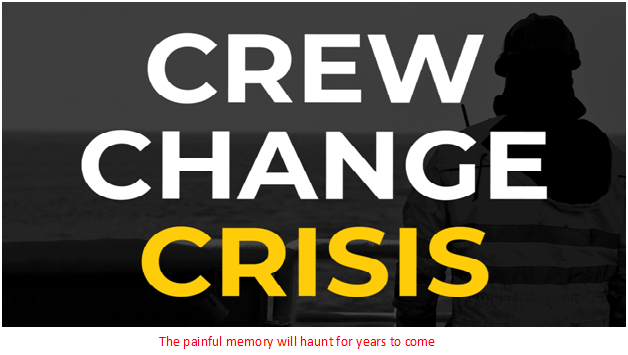 When governments moved by human consideration rather than by economic concerns resorted to lockdown it resulted in cancellations of international flights, a very integral element in crew change. It was obvious that crew change was to prove a problem beyond expectations. Travel bans were heard almost from all the countries. With travel bans in force, the seafarers could neither leave vessels at the end of the contract nor could they get the reliever.

Of course, lifting travel ban was looked upon as a very significant measure that would solve the crew change problems to a large extent. In fact IMO urged for exemption for the seafarer from the travel bans. .

By June stranded seafarers were over 300,000

By June there were figures of over 300,000 seafarers and the ITF was saying it would assist seafarers in their rights to leave ships.

There did appear to be some good news from major hub ports in Asia in terms of getting crew change back on track but it did not continue since a few flouted the rules though many followed.

Over the following months there were continued calls for action at an international level, but little changed in terms of getting seafarers recognised as key workers, or new global system of safe crew change up and running.

Meanwhile owners and managers have worked around the situation as far as they possibly can to get crew changes done despite the wide variety of obstacle but some charters, particularly in dry bulk shipping, have started to block crew changes from taking place, even where owners are willing to pay the costs of deviation.

As we move into 2021 the crew change issue remains a top priority across the shipping industry.