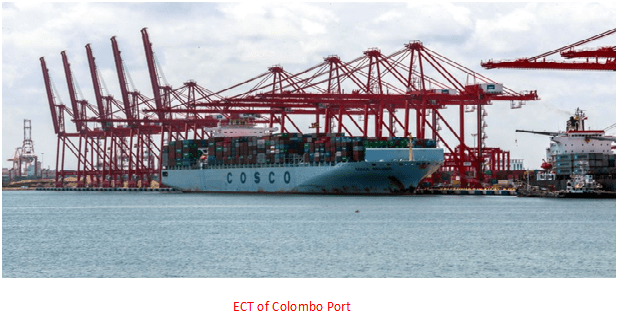 The Sri Lankan government yesterday reaffirmed its commitment to reach a final decision on the East Container Terminal (ECT) of Colombo Port after scientifically analysing all factors related to the terminal from an international business perspective.

“It’s not a decision we make as sentimental and emotional beings; we have to scientifically analyse all these factors. This is an international business, and shipping lines are in the core of it. We have to analyse and make the right decision,” Sri Lanka Ports Authority (SLPA) Chairman General (Retd.) Daya Ratnayake told reporters in Colombo on December 24th according to Sri Lankan media reports.

He made these remarks in response to the overwhelming opposition by port trade unions over the development of ECT by a foreign party.

He also noted that no final decision has been taken regarding the involvement of India’s Adani Group in the development of the ECT in spite of Indian media reports. It has been proposed to the Sri Lankan Cabinet of Ministers to appoint a committee to explore the possibility of involving India’s Adani group to the MoU signed between India, Japan, and Sri Lanka for ECT’s operations during the previous regime.

However, Ratnayake noted that the government would analyse all the factors including the allegations levelled against Adani Group in India before arriving at a final decision. He highlighted that getting an Indian firm involved in the Port of Colombo operations would help the port to retain its lucrative transshipment business.

Major bulk of transshipment volumes from India; 61 % out of 82%

Ratnayake stressed that Japan still remains a partner in ECT along with India. However, he criticised the decision of the former government to seek a loan from Japan to develop the ECT as a part of the MoU.

“When we look at the context of that agreement, it was not a wise decision the Ranil Wickremesinghe government made to obtain a loan. There are investors who are willing to come, and they are agreeing to our conditions,” he stressed.

Meanwhile, Ratnayake also noted that Port of Colombo returned to its usual operations two weeks ago, after recovering from the adverse impacts of COVID-19 second wave in the country, which led to severe difficulties at the Port.

For port ops, SLPA to get the support of retirees since 400 employees placed under quarantine

With 400 employees at Jaya Container Terminal alone been placed under quarantine, SLPA took measures to get the support of retirees, visiting Sri Lankan expatriates and outsiders to maintain port operations smoothly.