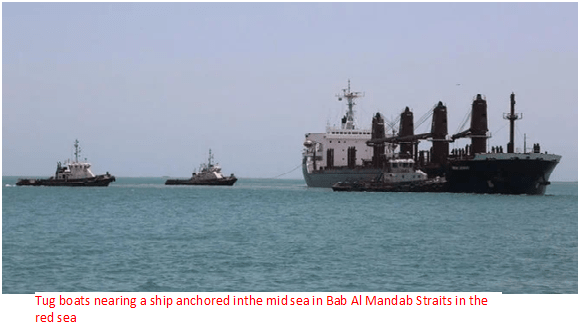 The coalition said there were minor damages to the ship, but that no casualties were reported.

The Iran-backed Houthi militia continues to plant marine mines in the Southern Red Sea and in the Bab Al-Mandab strait, which “is a serious threat to international shipping and global trade,” the coalition said.