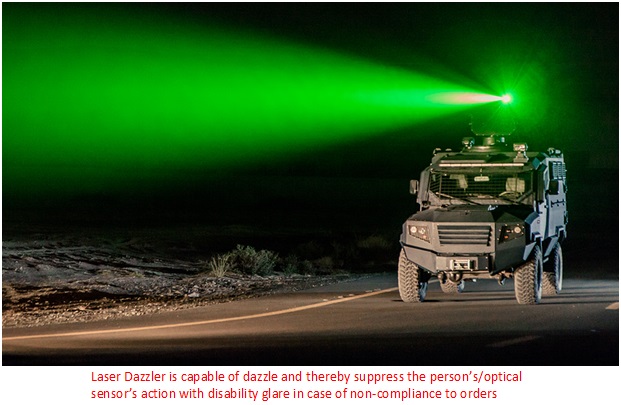 The Laser Dazzler is used as a non-lethal method for warning and stopping suspicious boats,aircrafts,UAVs,pirates from approaching secured areas during both day and night. It is capable of dazzle and thereby suppress the person’s/optical sensor’s action with disability glare in case of non-compliance to orders. It disorients/ confuses/blinds a person temporarily. It also dazzles and distract aircraft/UAVs. It is a portable, shoulder operated and ruggedized for military use in adverse environmental conditions. Laser dazzler technology was developed by Defence Research and Development Organisation (DRDO).

This unique product is indigenously designed and developed for first time for the Armed Forces.