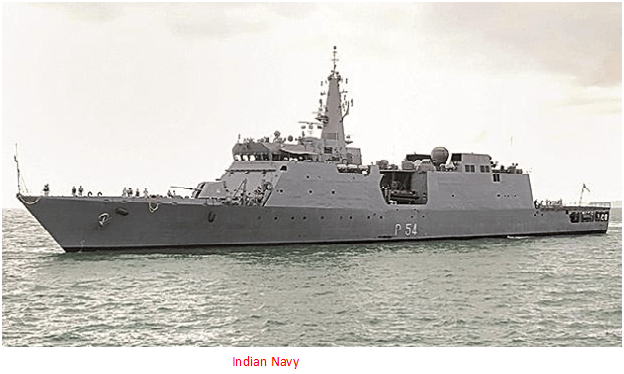 Landing craft handed over to the Indian navy

The Kolkata based Defence Public Sector Undertakings Garden Reach Shipbuilders and Engineers has delivered to the Indian Navy the last of the eight landing craft utility (LCU) ships manufactured by it, providing a big boost to the country's defence  according to company sources.

The amphibious ships, to be based in the strategic location of Andaman and Nicobar Islands -- which is close to various routes leading to the South China Sea -- "are specifically designed to undertake landing operations in most difficult beaching areas", the sources said

Despite challenges owing to the COVID-19 pandemic and subsequent lockdown, the Kolkata-based Garden Reach Shipbuilders and Engineers (GRSE) has successfully delivered the last of eight LCUs manufactured for the Indian Navy..

The LCU ships, equipped with state-of-the-art technology, were developed in-house with 90 per cent of its parts indigenously manufactured.

"These ships are very unique in their design and class in the world. A very specific kind of requirement was given by the Indian Navy -- speed of 15 knots, a displacement of 900- odd tonnes and a low draught for beaching in the shallowest of waters,"

Apart from troops, each ship can accommodate main battle tanks, personnel carriers and other Army vehicles, which can be launched on the beaches.

The ships are designed to accommodate about 200 personnel and have indigenous CRN 91 guns to provide artillery fire support during landing operations.