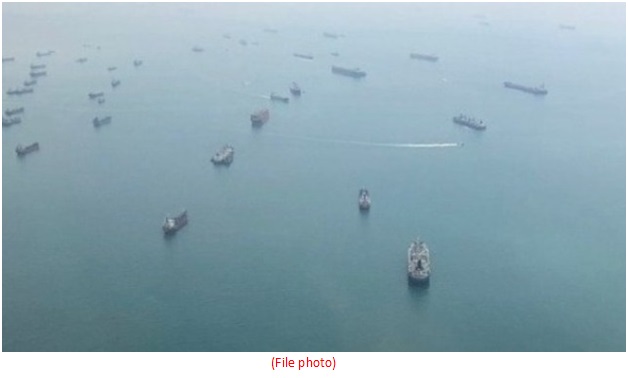 Indian authorities proposed to their Chinese counterparts facilitating a crew change at sea for the crew members stranded aboard the vessels anchored for months off the Chinese coast.

The Indian ministry in its response said, “We have noted the statements of the Chinese side, expressing their willingness to extend their assistance in this matter. We expect that this assistance will be provided in an urgent, practical and time-bound manner, given the grave humanitarian situation that is developing on board the ships.”

China, for its part, denies reports that the ships are being held offshore in a trade dispute with Australia The Chinese Ministry of Foreign Affairs suggested that the ships are free to depart their anchorages, but the ships' operators fear leaving the anchorage for a crew change they would not be permitted to return to the ports preferring instead to wait out the trade dispute to deliver their cargo.

The Indian Ambassador has taken up this issue with Vice Foreign Minister, the statement said, while the ministry has also been following this issue with the Chinese Embassy in India.

NUSI and ITF call for action

The National Union of Seafarers of India (NUSI) attempted to bring world attention to the plight of the seafarers in November calling for a global email campaign to the International Maritime Organization. Other organizations, including the International Transport Workers’ Federation (ITF), have also responded, calling for action to address the crew welfare with some seafarers on the ships for 20 months or more.

The Indian Ministry of External Affairs says that they are continuing to be in close and continuous contact with the Chinese authorities in Beijing, Hebei, and Tianjin. They are calling for an early resolution and promised to provide updates on further developments.