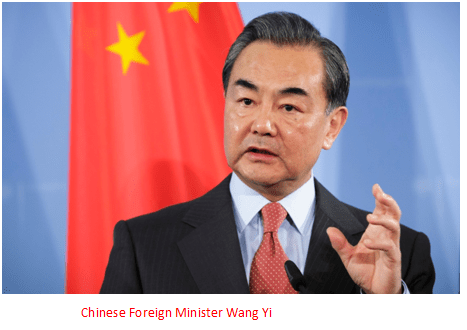 Chinese Foreign Minister Wang Yi has said evidence that the coronavirus emerged in multiple locations around the world is growing, although China was the first country to report the pathogen.

More and more research has shown that the pandemic is likely to have emerged in many places around the world, he said in an interview with Chinese official news agency Xinhua. "We raced to report the epidemic first," said Wang Yi, also Chinese state councillor.

Wang's comments echo those of some of China's top health officials and state media, as the government has sought to reshape the narrative on the origin of the virus, reports the Chinese daily  South China Morning Post.

China identified the first cases of a then unknown pneumonia-type disease in Wuhan on December 31, 2019, and soon after closed down a seafood market from where it was thought to have originated, the Chinese media reports.

But Beijing insisted it had found no evidence of human-to-human transmissions until three weeks later, a claim that sparked widespread criticism from the West, which accused China of a cover-up, it said.