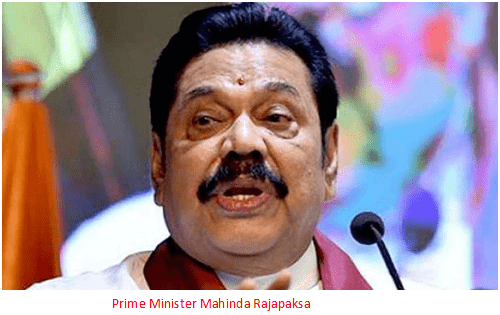 Prime Minister Mahinda Rajapaksa told Parliament that no decision had been made to hand over the East Container Terminal (ECT) of the Colombo Port or part of it to a foreign entity, or involve a foreign venture in managing it according to Sri Lankan media reports.

ECT would be developed by the government

Responding to a question raised by JVP leader Anura Kumara Dissanayake, the Prime Minister said that ECT would be developed by the government and no decision had been made so far to hand it over to a foreign company.

The opposition Janata Vimukthi Perumuna against handing over the terminal

The present government has been dilly dallying on handing over the operation of the terminal to India for the last several months. At some point a section of the civil society called the Professionals forum  will agitate against the move while some other time Colombo port workers will go on strike. But now the opposition Janata Vimukthi Perumuna  (JVP)has taken up the issue against handing over the terminal.

The PM said that the previous Sri Lankan government had inked an agreement with India and Japan over the East Container Terminal without involving the Ministry of Ports and Naval Affairs. That agreement had been signed by the then Ministry of Development Strategies and International Trade with the Indian government.

The Prime Minister said the then government of Sri Lankan had reached an agreement with India and Japan as well.