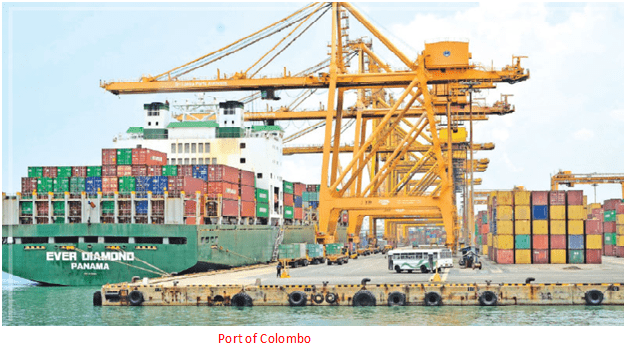 The transshipment volumes of the Colombo port's container terminals had slumped in November 2020  due to the second wave of covid 19 in the Sri Lankan capital forcing the port work force to abstain from work. This lead to severe congestion in the port according to Sri Lankan media reports

Eighty per cent of the transshipment volumes belong to the Indian ports especially in the east coast. at one state the srilankan government promulgated emergency power to force workers to resume duty.

Most of the ships got diverted to Cochin or Tuticorin

Container transhipment volumes declined by 7.4 per cent year-on-year to 394,737 TEUs in November, after recovering to pre-pandemic levels in July, data showed.

Container throughput at the port’s deep-water terminal, Colombo International Container Terminals (CICT), declined by 11.5 per cent to 206,000 TEUs in the month compared to the same period in 2019.

The Sri Lankan Port authority said the operations of the port returned to normalcy by the early part of December and container transhipment volumes in the 11 months declined by 2.3 per cent.

Two days ago the Sri Lankan Prime Minister Mahinda Rajapakshe told the country's parliament that three gantry cranes from adjacent Jaya terminal was transferred to the Colombo's east terminal in an effort to commence operations from the terminal and boost volumes from the port.