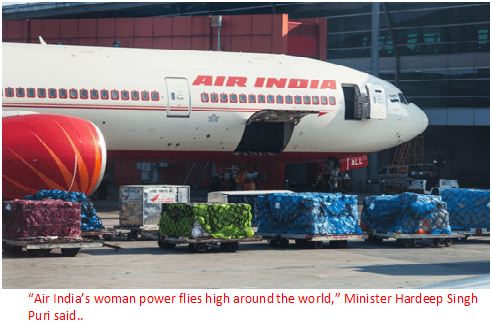 The Air India flight which takes off from the West coast of United States  will fly on January 9th over the North Pole, taking the Atlantic route to reach Bengaluru, a senior official of the airline said.

The aerial distance between San Francisco and Bengaluru is one of the longest in the world. “Air India’s woman power flies high around the world,” Puri said.

Air India has operated flights through the North Pole in the past where there are violent fluctuations in weather but it was all operated by Males.