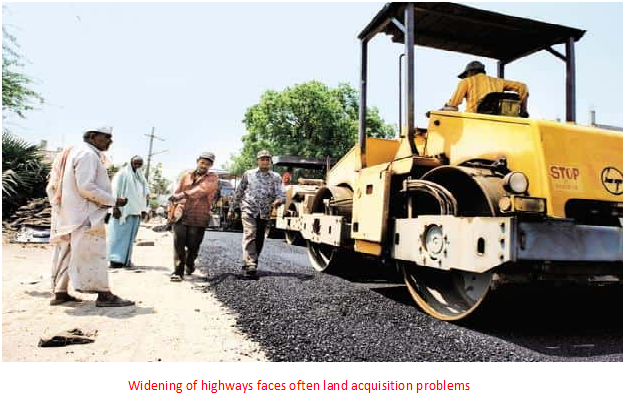 Work on widening of national highway between Tiruvanathapurm to Kollam is expected to start in four months ; Land acquisition still a hurdle

The  decade old dream of Keralites of having a six lane highway connecting Tiruvanthapuram to Kasargode district in the northern end of the state may fructify with the work on the southern end of the corridor between the state capital with Kollam is expected to be taken up in the next four months.

the national high authority has estimated that the work on the project is expected to commence in april but the biggest hurdle is 20 per cent of the land required for the project including a temple near attingal needs to be still acquired and a case is pending in a court of law.

As of now, 80 per cent of land acquisition has been completed

As of now, 80 per cent of land acquisition has been completed. Right now, there is a stay order against the acquisition near Attingal. Since the Thirupalkadal temple is located close to the new alignment, the property owners secured a stay order against the move. However, the acquisition proceedings are going on a fast pace in the remaining area in the district. We expect the land take over to be completed in two months. By that time, we will select the contractor and the work could begin in April”, he said.

The 3(D) notification for the acquisition was issued recently. The 3(A) notification was issued to announce the plan to acquire around 93 hectares in January last year. As per the agreement with MoRTH, the 526-km national highway stretch from Thalappady to Kazhakoottam will be widened in 45 metres. However, it will be  divided into 13 stretches,  including  the 29-kilometre Kazhakoottam-Kadampattukonam stretch

The stretch will be developed as per the standards of Indian Road Congress and will be constructed on Engineering, Procurement, Construction (EPC) model.

The 526-km national highway from Thalappady in kasargode district in Northern Kerala bordering Karnataka  to Kazhakoottam near the state capital Tiruvanathapuram will be widened to 45 metres.  It is divided into 13 stretches

The dream of the keralites likely to wait for decades before becoming a reality; land acquisition is the hurdle

Ever since widening of the entire stretch of national highways into four lanes was completed in neighboring Tamil Nadu nearly ten years ago, it has been the dream of the keralites to have a similar facility in their state. But the serious problem of land acquisition still continues to stare at the project which may take  decades to complete.