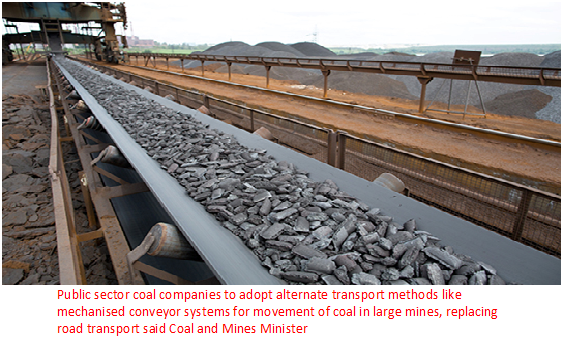 The minister, who chaired a meeting of the Consultative Committee on Coal & Mines Ministries on First Mile Connectivity projects, said first mile connectivity will promote ease of living in coal mine areas by reducing traffic congestion, road accidents and adverse impact on environment.

The state-run miner is replacing road transport of coal from pitheads to despatch points with mechanised systems like conveyor belts to decrease transportation time. It had announced 35 projects under the first phase of the initiative, of which two are operational.

“Four coal companies of CIL (Coal India Ltd) together will infuse a tentative capital of over Rs 3,400 crore in these projects that have a total of 100.5 million tonnes/year capacity,” the company had said.

Of the 14 projects in phase II, Central Coalfields Ltd (CCL) accounts for five projects with 62.5 million tonnes per annum capacity.