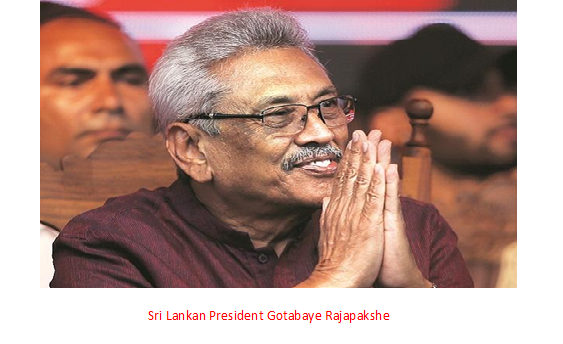 Sri Lanka and Bangladesh have agreed to address the great potential for the development of Maritime Cooperation between the countries in the Indian Ocean region.

Cooperation at the university level is a necessity, the Sri Lankan President said.

Mr Rajapakshe identified Agriculture and export crops promotion, tourism, education and trade relations  as other areas that the relations could be expanded. Enhancing educational cooperation at the university level is a necessity, the Sri Lankan President said.

During the ensuing discussion, explaining the current economic situation in Sri Lanka and the steps taken by the Government to contain the COVID–19 pandemic President Rajapaksa stated that it is his intention to promote bilateral relations in identified areas with countries in the region including Bangladesh to the highest possible level.