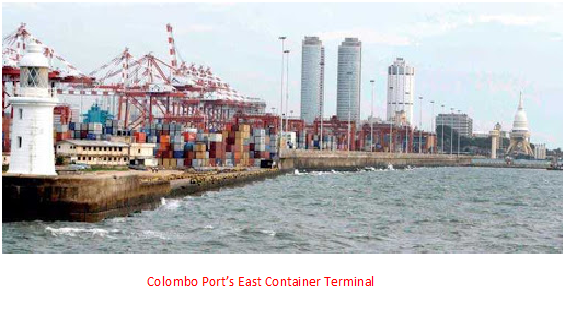 The Sri Lankan Port authority which owns the Colombo Port has invited expression of interest from Investors to put in five hundred million US dollars to complete the prestigious East container terminal of Colombo Port, a decision which has come under criticism from the opposition members in the island Nation's parliament

Sri Lankan newspaper has quoted the country's Minister for Ports and shipping Rohitha Abeygunawardene telling the country's parliament that so far the berth length of 440 meters have been completed in the East terminal whose proposed length is 1320 meters.

He said Sri Lanka needs to complete this terminal by next year. If not it will face the challenge of companies that are doing business through its hub moving elsewhere. The ownership of the jetty will remain with the Sri Lankan government, according to the report published in a Sri Lankan daily.