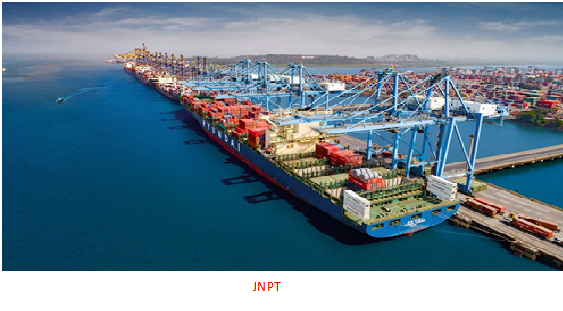 JNPT in Maharashtra and ports in Gujarat are not only natural gateway for the cargo from hindi hearland states and Punjab but even shippers from the distant far eastern India have made a bee line to the ports in the west coast due to world class railway facilities developed by the Railways that facilitates rapid movement of cargo.

The Inland container depot Durgapur has emerged as a feasible option for exporters from the far eastern states like West Bengal Assam who wish to move their cargo from eastern India to Europe via JNPT. In this scenario, exporters simply need to deliver their loose cargo to ICD Durgapur. The cargo is then stuffed in containers and moves directly to JNPT using Customs seal. This process enables direct entry to the gateway ports and helps exporters reduce their compliance cost.

Container shortage and space constraints in vessels a major challenge for exporters in eastern India.

Container shortage and space constraints in vessels have been a major challenge for exporters in eastern India. Moreover, the lack of sufficient Europe-bound vessels in Kolkata and Haldia ports has further compounded the problems. As a result, exporters in the region have been facing issues with regard to timely completion of their international orders.

A feasible alternative of exporting cargo through JNPT (Mumbai) was explored. However, export movement directly through JNPT becomes a cumbersome job for exporters based in eastern India who have to transport their loose cargo all the way to the Mumbai region.

Considering this situation, ICD Durgapur is owned and managed by Allied ICD Services Ltd (AISL). Ms Anusree Sen, Deputy General Manager of AISL, said, “. Recently, AISL has executed seamless export movement of 35*40’ containers of Graphite India Ltd via ICD Durgapur to JNPT. We are eager to provide similar efficient services for all exporters in eastern India who wish to export through any gateway port in India”.