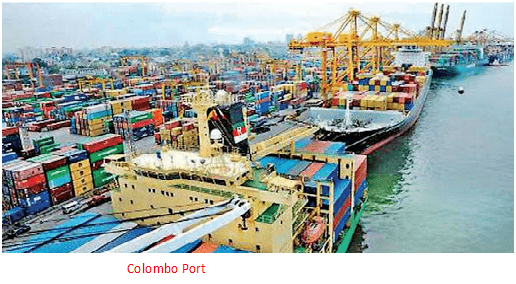 In developing the Colombo Port President Gotabaya Rajapaksa on Wednesday said 49% of the investment will come from the “Adani Group and other stakeholders” while addressing the representatives of port’s worker unions which have been emphatically resisting any foreign involvement in the East Container Terminal development project.

“The ECT will not be sold or leased,” he assured them, adding that the foreign investments would cause no harm to Sri Lanka’s sovereignty or independence, according to a statement issued by the President’s office.

The visit of the External Affairs Minister S Jaishankar to Colombo and his insistence to Sri Lanka to fast track the deal are said to be cause of the remark by the Sri Lankan President.

In May 2019, Maithripala Sirisena and Ranil Wickremesinghe led the predecessor government signed a Memorandum of Cooperation with Indi and Japan for the project. It was agreed that Sri Lanka Ports Authority (SLPA) would retain 100% ownership and a jointly-owned Terminal Operations Company would run the terminal; while Sri Lanka would hold 51% stake in the Company , the rest 49% would be held by India and Japan.

However, the statement from President Rajapaksa’s office said he “pointed out” to the unions that after his government negotiated with India, it was possible to reach an agreement for SLPA to “retain 51% of the ownership and the control”.

No loans “but all be investment that is the main difference”

Asked how the new deal would be different from the 2019 MoC — which envisaged neither sale nor a leasing arrangement – SLPA chairman (retired) General M. Daya Ratnayake has said : “We will not be resorting to any loans. It will all be investment that is the main difference.”

However, Opposition legislator Vijitha Herath of the leftist-nationalist Janatha Vimukthi Peramuna (JVP) — which held a rally on Tuesday protesting Indian involvement in the ECT — said he was not convinced. “Investment is a just a way of covering up the Indian company’s actual role and control here. It does not rule out sale or a lease in future,” he has told The Hindu