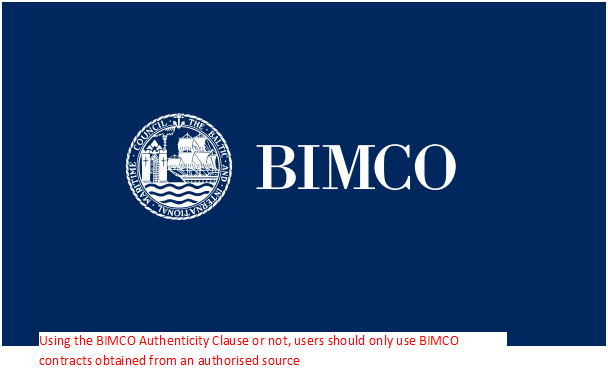 Much of the shipping industry relies on BIMCO standard contracts. The contracts provide a familiar and secure contractual base on which parties can freely negotiate. However, the trust in the standard forms is undermined by fake copies that contain errors or even deliberately hidden changes to the wording. BIMCO wants your help to combat the industry’s often unknowing use of counterfeit copies of BIMCO forms.

BIMCO will add BIMCO’s Contract Authenticity Clause to all our new and revised BIMCO contracts. Users can also incorporate the clause in their contracts now as a means of reducing their risk and saving time and effort in proof checking agreements offered by their counterparty.

The clause is straight forward and needs little explanation: Whichever party issues the final execution copy of a contract based on a BIMCO contract template warrants that an authentic template from an authorised source was used.

Using the BIMCO Authenticity Clause or not, users should only use BIMCO contracts obtained from an authorised source.

In addition to contracts being available through BIMCO’s own contract editor SmartCon, BIMCO has authorised Sea Contracts and Chinsay to issue our contracts.