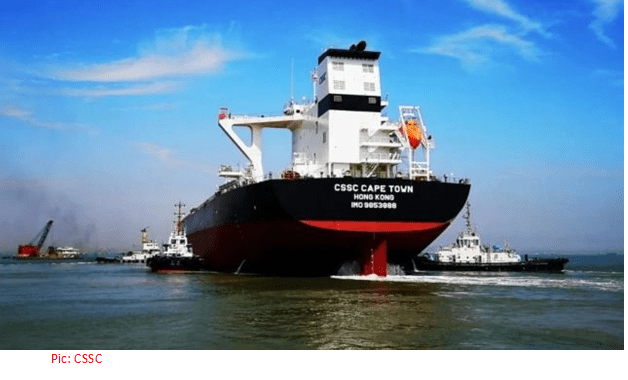 An explosion erupted onboard a Hong Kong-flagged capesize bulk carrier at Gibraltar Port on Friday, resulting in the injury of four crewmembers.

According to local reports, the explosion appeared to occur in the area of the forecastle of the 2020-built 120,600 dwt CSSC Cape Town, which was carrying coal.

A total of four crewmembers suffered injuries in the incident. Two of them were treated onboard and the other two, who suffered serious burns, were transferred to a hospital in Seville via helicopter.

The vessel’s anchor equipment was damaged in the incident and it is unable to anchor. It is currently waiting for additional crew to arrive to fill the posts of those who were injured.

The Gibraltar Port Authority is closely monitoring the situation of the ship.

“The vessel is stable and fully operational with the exception of its anchor equipment….The GPA will continue to work with the ship’s crew and its agents to assist in repairs, provisioning, and if possible, anchoring,” Gibraltar Port Authority said in a statement.

The local police have started investigations into the cause of the incident.