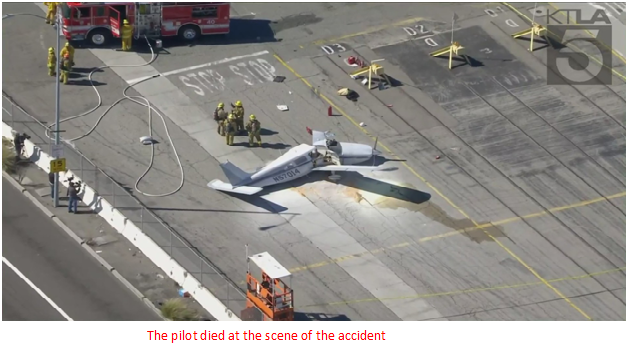 A single-engine private airplane crashed into one of the container yards at the Port of Los Angeles. The pilot was killed in the crash and one person on the ground was seriously injured.

The Los Angeles Fire Department reported that the single-engine Piper PA-32 lost power shortly after noon on February 19 crashing into a remote section of the port in one of the container yards. As the plane was coming down, it struck one of the semi-tractor trailers seriously injuring the driver of the rig.

The pilot died at the scene of the accident

Workers in the port who saw the accident rushed to the plane and pulled the pilot, Larry Voit, age 53, from the wreckage and gave him CPR until the fire department and paramedics arrived. The pilot died at the scene of the accident.

The driver of the truck, a 30-year-old man, was also pulled from the wreckage. He was transported to the hospital in serious condition.

Firefights remained on the scene cleaning up a fuel spill from the crash. Investigators from the National Transportation Safety Board and the Federal Aviation Administration are reportedly investigating the cause of the crash. They reported the plane had taken off from Torrance, California, about 20 miles north, and no immediate details on its destination were announced.

Operations at the Port of Los Angeles and the terminal resumed after the emergency response.