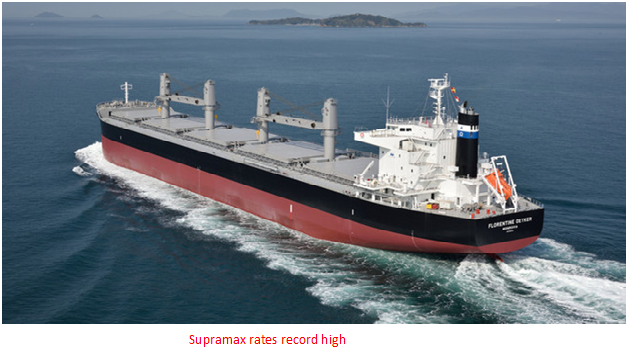 The Western Dedicated freight corridor which has been partially commissioned  has rolled out a new business model to transport goods from the Gujarat ports to the National capital region  called the Roll on Roll off services, carrying fully loaded trucks in specially designed wagons. This will overcome the problem of last mile connectivity and reduce congestion on the roads leading to the National capital.

The “Roll-On-Roll-off (RORO)” service will be started between Palanpur in Gujarat and Rewari in Haryana, a distance of 636 km, to transport a wide range of goods unloaded in ports to markets in north India, especially the National Capital Region. The services which was tried out between Bengaluru and Bellary but failed last year is being attempted in this sector. Loaded lorries at Gujarat ports will get into the specially designed wagons and moved by freight trains to the National capital region. Transport analysts reckon that even the freight costs will be less.

The dedicated freight corporation has estimated that freight traffic would yield the Corporation revenue of at least one hundred crores a year during the initial years.

About 2,500-3,000 trucks ply between Palanpur  to Rewari near the national capital regionr, riding on the traffic between the three Gujarat ports, the hinterland and the northern regions of Rewari, Hisar, Agra, Ghaziabad, Haridwar, Dehradun, Chandigarh, Ludhiana

The dedicated freight corporation a wing of the railways has floated a Request for Proposal for private players to bid for sole rights to market this service – 900 trips, each carrying 45 loaded trucks on specially designed wagons. The bids will be opened next month for the year-long contract that can be extended by another year.

On road, the distance between Palanpur and Rewari is around 720 km with at least 13 major toll points costing around Rs 5,000 in all per truck. By train, the distance is reduced by around 84 km with no barriers, at an average speed of 75 km per hour. Besides, officials said, the distance of 36 hours by road will be reduced to a 10-hour ride coupled with assured, predictable transit for truck owners, along with less wear and tear of the trucks.

There are queries from several companies and even government entities that want the right to market this service,” an official said.