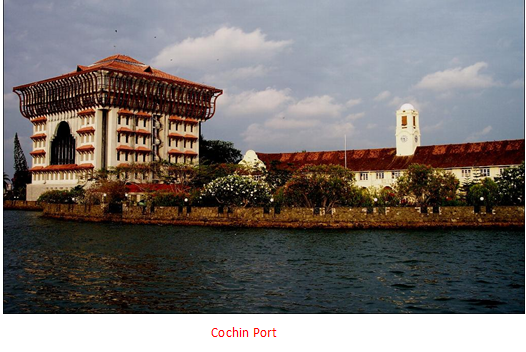 Cochin Port has attracted investment to the tune of Rs 3,000 crore for upgrading infrastructure facilities and new projects for the promotion of maritime trade as part of the virtual Maritime summit to commence on March 2

CPT in the process of signing 25 MoUs

The Cochin Port Trust (CPT) is also in the process of signing 25 memorandums of understanding (MoU) and the new investments will create employment opportunities for around 3,500 people, CPT chairperson M Beena told mediapersons here on Tuesday.

The new investments include energy projects by Indian Oil Corporation and Bharat Petroleum and the development of a free trade warehousing zone near the International Container Transshipment Terminal in the land handed over to DP World.

The DP World will establish a cryogenic warehouse at the port

The Petronet LNG will establish a gasing up and cooling down unit in the Vypeen special economic zone. The Fertilizers and Chemicals Travancore (FACT) Ltd will augment its cargo handling facility at the port at an investment of Rs 400 crore. The DP World will establish a cryogenic warehouse at the port, while the IOC is planning to establish a lube oil unit and an aviation fuel terminal.

The other investors are Parisons Infrastructure, Great Seas Services LLP, Cochin Cements, Greenix Ventures and REC Global. The DTPC has come up with a project to establish a water sports complex, performing arts centre and sound and light show.

Though the Cochin Port had faced a 40 per cent decline in cargo handling during the peak of Covid lockdown from April to June, the business has revived in recent months and the port has overcome the loss, said Beena. The port had witnessed a 20 per cent drop in crude oil handling due to the lockdown.

She said that IIT Madras is conducting a study on utilising the sand dredged to deepen the Kochi Channel. The Cochin Port spends Rs 87 crore a year to deepen the shipping channel from the outer sea to ICTT to a depth of 14.5 m. The cost is estimated to touch Rs 100 crore next year.