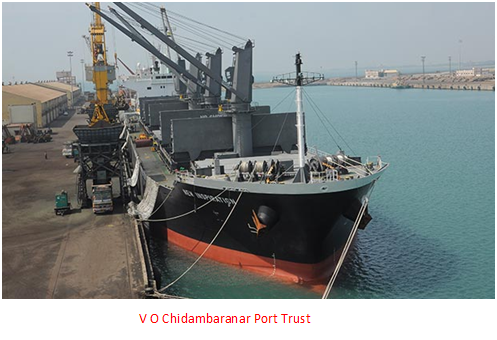 A fresh attempt to build transshipment port at Kanyakumari

The Centre is making a fresh attempt to build a greenfield port and container transhipment hub near Kanyakumari through the public, private, partnership (PPP) route.

Potential bidders have time until March 20 to file their expression of interest.

In July 2016, the union cabinet accorded in-principle approval for building a new major port at Enayam (westward to Coalchel and located between Helen Nagar and Melakurumbanai village) in Kanyakumari in three phases with an investment of Rs 27,570 crores to handle 127 million tonnes (mt) of cargo a year.

But, following resistance from local fishermen groups, a new site closer to Kanyakumari, nestled between Kovalam and Keelamanakudi villages, was identified.

As for the new site, no land acquisition is envisaged for port construction

The new site does not have any fishermen villages; both Kovalam and Keelamanakudi villages are about half a kilometer away from both sides. “There will be zero displacement; nobody will be disturbed. Besides, no land acquisition is envisaged for port construction,” said a government official briefed on the plan.

However, a port consultant said the new site could suffer from viability issues because a similar facility is being constructed by Adani Ports and Special Economic Zone Ltd (APSEZ) just a few kilometers away at Vizhinjam near Thiruvananthapuram in Kerala. The new port near Kanyakumari is also a technically challenging project, he said.

The Maritime India Vision 2030, a ten-year blueprint drafted by the ministry of ports, shipping and waterways, has suggested building another transhipment port in Kanyakumari region by 2030 post stabilisation of Vizhinjam port and based on techno-economic feasibility of the new port.

Only 25 per cent of Indian cargo transhipment is handled by Indian ports resulting in $80-100 per twenty-foot equivalent unit (TEU) higher cost to exporters and importers for routing their containers through hub ports such as Colombo, Singapore and Jebel Ali.

The share of Indian cargo transhipped in Indian ports should be raised to over 75 per cent by 2030, the document said.

A container transhipment port such as the one planned at Vizhinjam acts like a hub. Smaller feeder vessels bring cargo which then gets loaded onto larger ships for transportation to final destinations. Larger vessels bring about economies of scale and lower the cost of operations for shipping lines, translating into lower freight rates for exporters and importers.