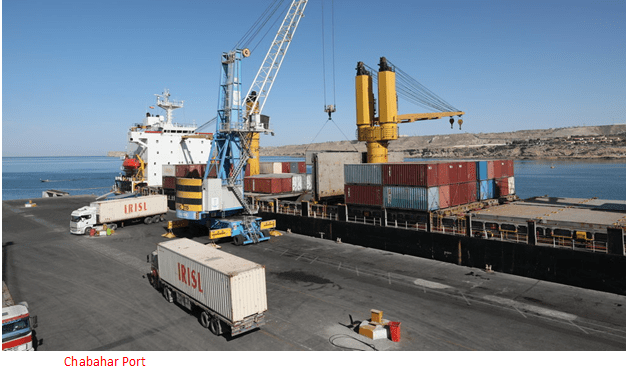 India will supply four more mobile harbor cranes to Iran’s Chabahar Port by the end of June this year, a government official said on Friday.

“For Chabahar, the available cranes are insufficient for conducting port operations. Two more cranes are standing for loading near the port near Venice, Austria, which will reach by March end to this port. Two more will reach by June end,” India’s Ministry of Ports, Waterways and Shipping (MoPWS) Additional Secretary Sanjay Bandopadhyaya said during a briefing on Maritime India Summit 2021 to be held from March 2-4.

Bandopadhyaya said after the mobile harbor cranes are delivered, there are plans to procure rail-mounted cranes for which bidding is going on.

The bilateral contract between Iran and India was signed on May 23, 2016

The bilateral contract between Iran and India was signed on May 23, 2016, with a total value of $85 million for equipping, mechanizing and starting operations at the port under the first phase.

In this regard, a special purpose vehicle – India Ports Global Ltd, Mumbai – was incorporated under the shipping ministry.

Chabahar has been a key connectivity project by India toward its west and provides connectivity via Iran to Afghanistan and beyond. India developed Shahid Beheshti Port at Chabahar as part of the India-Iran-Afghanistan 2016 agreement.

A year ago, the former US administration exempted India from sanctions for the development of the port because of the benefits it potentially had for both India and Afghanistan.

December saw the first India-Uzbekistan-Iran trilateral working group meeting on the joint use of the port for trade and transit purposes and enhanced regional connectivity.

New Delhi will be inviting Afghanistan for the next meeting. India is also pursuing the inclusion of Chabahar port in the International North-South Transportation Corridor.

INSTC is a major transit route benefitting India and Iran

INSTC is a major transit route designed to facilitate the transportation of goods from Mumbai in India to Helsinki in Finland, using Iranian ports and railroads, which the Islamic Republic plans to connect to those of Azerbaijan and Russia.

The corridor will connect Iran with Russia’s Baltic ports and give Russia rail connectivity to both the Persian Gulf and Indian rail network. This means goods could be carried from Mumbai to the Iranian port of Bandar Abbas and further to Baku. They could then pass across the Russian border into Astrakhan before proceeding to Moscow and St. Petersburg, before entering Europe.

INSTC would substantially cut the travel time for everything from Asian consumer goods to Central Eurasia’s natural resources to advanced European exports.