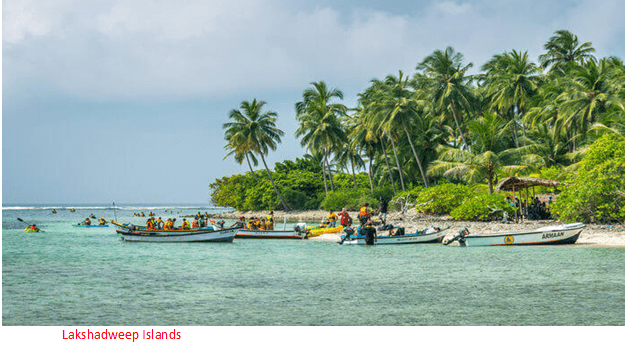 The two countries have charted out a plan to ensure that human activities at sea take place in an efficient, safe, and sustainable manner in areas such as energy, transportation, fisheries, aquaculture, tourism etc. across  multiple sectors. This is a part of the Indo-Norway Integrated Ocean Initiative under the Memorandum of Understanding signed between the two countries in 2019.

The two countries have decided to extend support for sustainable ocean resources utilisation to advance economic and social development in coastal areas. The initiative known as Marine Spatial Planning (MSP) will be implemented by the Ministry of Earth Sciences (MoES) through National Centre for Coastal Research (NCCR) for India.

In its primary phase, NCCR will develop a marine spatial planning framework for Puducherry and Lakshadweep. These sites have been chosen for the pilot project in view of their setups with unique opportunities for multiple sectors (such as industries, fisheries, and tourism) to flourish.

The Government of India's initial investments for undertaking the studies and planning are estimated to be around INR 8-10 crores per annum. In the future, marine spatial planning framework of these two environmentally critical areas can be replicated to other coastal regions of the country. Notably, the World Bank and the United Nations Environment Programme (UNEP) have expressed interest in supporting MoES in conducting MSP, a societal-beneficial initiative for India's coastal regions.

The MSP initiative will be implemented by MoES and the Norwegian Environment Agency through the Ministry of Foreign Affairs, Norway. Earlier, NCCR had developed coastal management plans for Chennai, Goa, and Gulf of Kachchh which proved very successful. Now, the MSP initiative will aid development of multiple economic sectors and stakeholders in greater number of coastal areas of the country..

The Government of India’s vision of New India by 2030 highlights blue economy as one of the ten core dimensions of growth. MSP is globally identified as a tool for sustainable and integrated ocean management. It is a noted area for work in India’s (draft) Blue Economic Policy being developed by MoES.