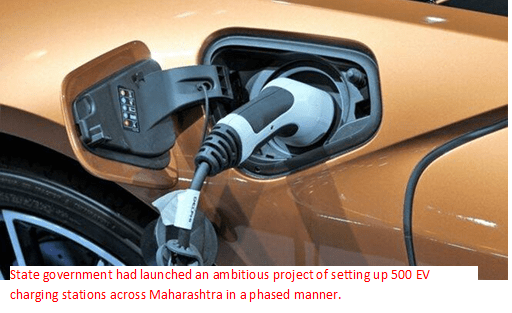 With the Centre giving a push for faster adoption of EVs, the state government had launched an ambitious project of setting up 500 EV charging stations across Maharashtra in a phased manner. It has also formed a seven member committee to decide on policies for purchse of electric vehicles in various governmental departments and for providing charging facilities in various parts of the state. These are steps taken by the government to reduce air pollution.

BMC planning to start a rental service for electric bikes

The Brihanmumbai Municipal Corporation (BMC) is also planning to set up charging stations across the city. The BMC has been pushing the use of EVs by planning to start a rental service for electric bikes.

Thane city is set to become a model town for the adoption of Electric Vehicles (EVs), both in public transportation and private vehicles.

We will soon have a Detailed Electric Vehicle Policy for the entire state. Also, currently, we have nominated Thane as a model city across Maharashtra for implementing electric vehicles the officials said.